The problem with exponential growth of data and memory consumption in Machine Learning, especially building models is somewhat problematic, or at least it will be in near future. Most of Industry Grade servers, such as Dell PowerEdge’s that I’m using supports up to maximum 1TB of Ram. With about 500G of data growth daily, we can expect industry grade servers soon are not going to be enough for running ML model build node feeding these TPU's requiring a fresh dataset every now and then built fast.

Let's see what we saw in real life. The "Swap is your friend this time" Approach: 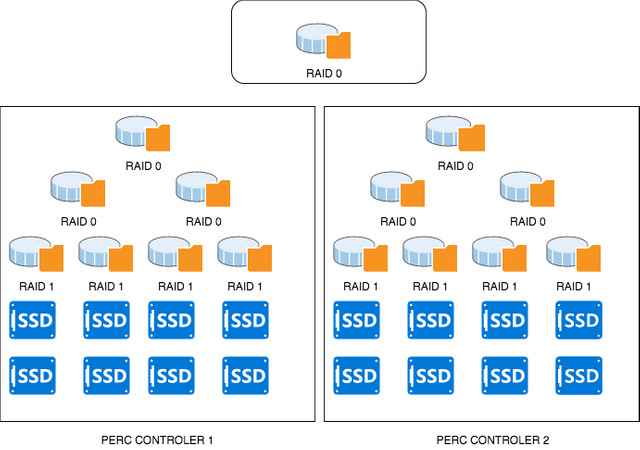 I think i can totally live with this level of iowait. 1TB of RAM-alike Storage is definitely to serve for a long run. Moreover, no more re-syncing and failing to allocate enough memory. Node is up, swap like a crazy, yet IOWait performs close to non-blocking. So far, everything looks and works as expected to my surprise, with customer grade SSD's, that are not even SAS, just regular SATA with which PERC is backwards compatible. This is one of approaches to address the increased amount of data. From there, there's a custom built "HAProxy" performing a split of traffic between multiple nodes based on the block number. Who would ever say SWAP could be your friend? And yes, you can scale this up with multiple layers on top of each other.